WaveCoin is now listed on TinyChart. Billed as charts for Algorand, TinyChart provides graphs and data on Algorand Standard Assets traded on the Tinyman exchange.

Since its debut in early October, Tinyman.org has become a standout dApp on the Algorand blockchain. The site gives users the ability to swap and trade ASA assets via a decentralized exchange.

TinyChart gives Tinyman end users insightful pricing and chart data based on trading data from the Tinyman pools. The highlight feature of TinyChart are of course the charts which track the price of ASA assets per Algo over time. Other key metrics such as total supply, liquidity and market cap data are all presented in a straightforward manner. 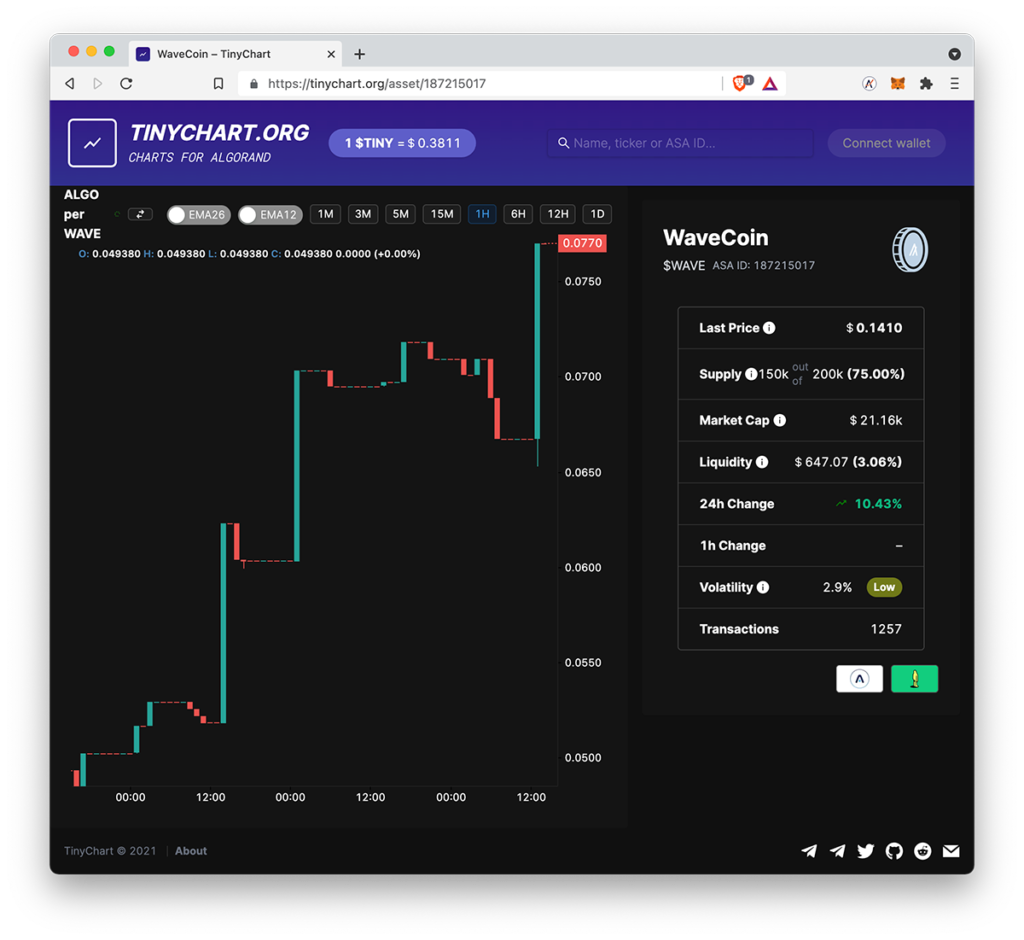