GlassWave’s photo sharing privacy app, deGeo, has been sherlocked by Apple. Sherlocked you don’t say? Long time Mac heads may remember but for those in need of a refresher… Sherlocking is slang term for when Apple adopts the core features and purpose of another app and integrates said features directly into the operating system.

Now deGeo is not alone or unique in this regard and joins a long list of apps and unique features that have been absorbed and adopted into macOS and iOS over the course of history. Now it looks like one of our own apps can now be counted amongst this club as iOS 13 puts forward a new options for users to remove geotags from the system sharing interface.

While a truly simple app and concept, deGeo was made to help raise awareness of smartphone digital photo privacy risks. It was born out an idea to safeguard digital privacy during a time when few understood or were aware of the serious risks of sharing photos online or on social media in the early days of smartphones. First released in early 2011 it debuted as a simple app that removed geotags from photos before sharing online.

deGeo informed people about this commonly overlooked aspect of photo sharing. Even today many people are surprised to hear that smartphone photos contain hidden information including the exact coordinates of where and when it was taken aka geotags. The app also sported a robust array of sharing options and integrations at a time when iOS didn’t even have a native share sheet.

Now for the first time Apple has built the ability to remove location and some geotags from Photos right into the sharing experience on iOS 13. Now when you bring up the share sheet to share a photo in iOS 13 or later, there is a small blue options link that will bring up another settings sheet where you can turn off location sharing when sending photos as seen below. Now users can share without worrying that their photos are also sending out hidden personally identifiable metadata. 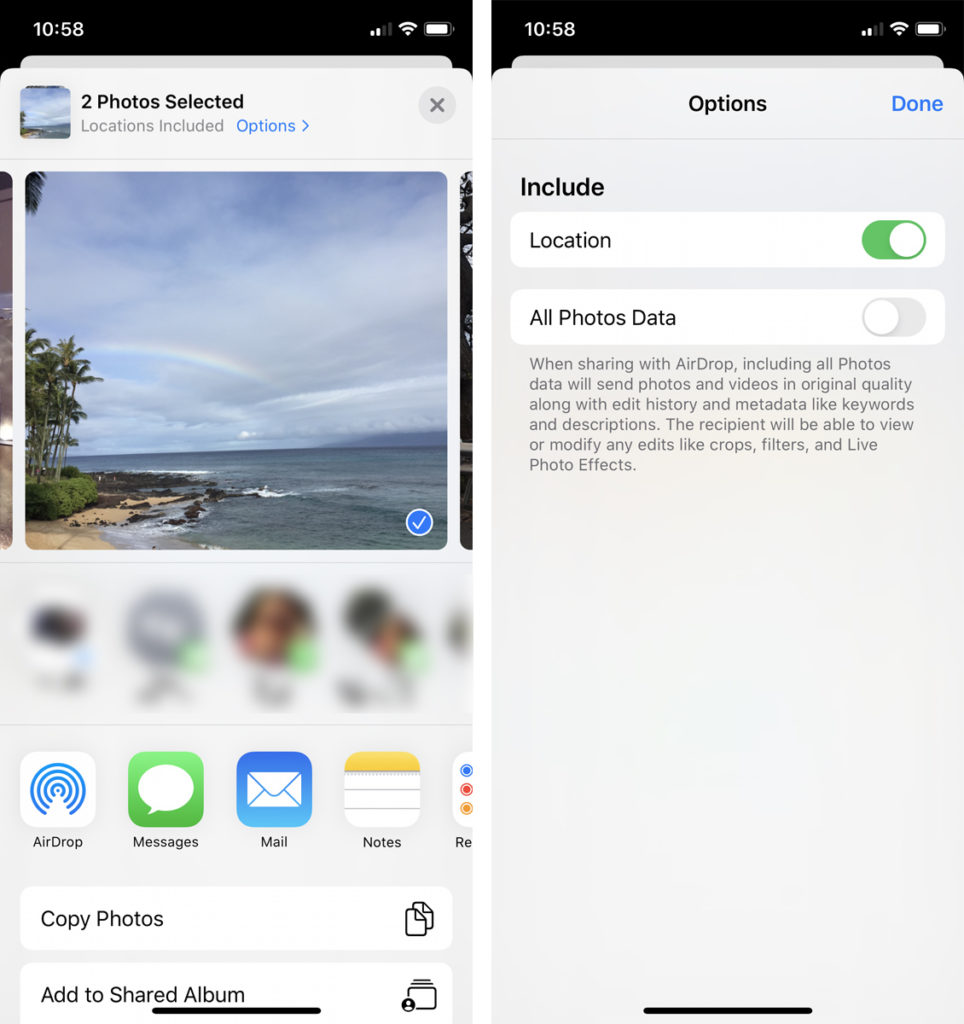 We would like to applaud Apple’s efforts at putting more focus on user privacy. Giving users more control over their own information will help enhance user privacy and is something long overdue.

deGeo for iOS is a free app in the AppStore. Now that its time has passed, it is unlikely that we will be providing any further updates. Its sister app, deGeo Camera, which allows users to take quick photos without geotags remains available.